Animal production and crop production are therefore entwined and dependent upon the health and success of the other.

And, this is the important balance that needs to be maintained if food security for the world is to
be achieved.

Demand for meat however has outstripped available pastures, with the result that more and more livestock are fed on fodder crops. This is a global trend, but applies most especially to the most densely populated countries. The shortage of pasture land has also helped change the kind of livestock being raised. Decreases are being recorded in cattle numbers in many regions, whilst goats worldwide have had an explosive increase in numbers. Pigs (now considered to be the world’s largest meat source), and poultry, have experienced growth because they can be fed from feed-lots and more intensely farmed.

This is a complex, often complicated and evolving discussion, however at the heart of it all remains
the soil.

So, can pastures and grasslands be sustainably managed for the future ?

The way in which all sectors of the world agricultural industry combine to ensure the very best advantage is made from the land systems currently under cultivation for both animal pastures and grazing, as well as for food production from crops and other market produce, will be the key to answering this question.

At RLF we research, develop, trial and market sustainable products that contribute much to performance and quality of crops and produce, and much to the building of soil organic matter.

We are committed to the role that we play in meeting the challenges of food production for the world, whether it be from animal production, animal feed production, broadacre cropping environments or small-scale market produce enterprises. 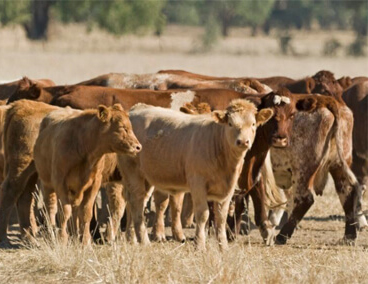 The Importance of Potassium Potassium contributes to soil fertility by maintaining favourable soil pH. This in turn, is ess...
More Info
Field Crop Plus

Solving the Nutrient Deficiency Problem Every crop, and every plant, has a quantitatively different nutrient need. But the ...
More Info
Dynamo – High N