The Southern Fieldays® is an annual agricultural tradeshow that transitions year by year between Kirwee in Canterbury (middle South Island near Christchurch) and Waimumu, Gore in Southland (at the bottom of the South Island). Essentially this popular tradeshow is ‘little brother’ to the biggest annual agricultural trade show in the southern hemisphere, the National Fieldays® held in Hamilton.

The tradeshow exhibits NZ-based major vendors and manufacturers from all over the world. Its agricultural diversity includes farm machinery, ag/chems, dairy producers and manufacturers, livestock traders, farm consultancies, fertiliser companies, financiers, telecommunications, insurers, and traders such as Element. In fact, anything to do with agriculture!

RLF NZ reported a positive and successful experience, and they all came away enthused and energised after attracting a large number of trial prospects in the local area. In addition, several high level meetings were held with major suppliers and seed companies with the potential for further engagement. As always, these events give a wonderful opportunity to meet with many old customers as well as making new connections. Greg injected a great number of new ideas, and these will be incorporated with preparations for the next series of National Fieldays® to be held in June.

The RLF Team in Action

The Big Event and How it Works

As a 3-day tradeshow, it is the largest event to be held in either the lower half or upper half of the South Island. It also showcases the first round of the Super 15 professional rugby series, which is hugely popular in NZ. (It can bring attendances of between 10,000 and 15,000 for that one game).

Applications were made to the organisers 7 months in advance of the show and guarantees received for a site. RLF gained access to it’s allotted area on 24th January 2018 and at that time applied two products to trial at its ‘patch’. Pasture Plus Ultra Foliar and Power N39 (liquid nitrogen) were the products chosen for demonstration.

The Fieldays® were open to the public three weeks later on 14th February 2018 where the trial was visible for the public to view the results. 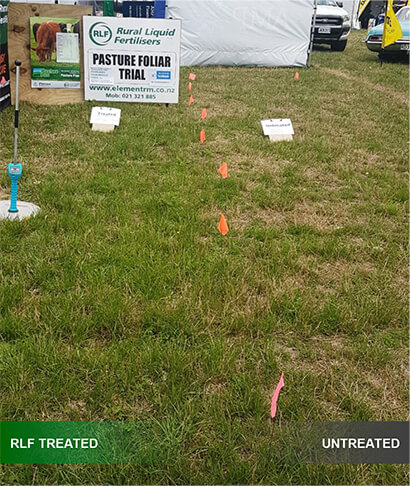 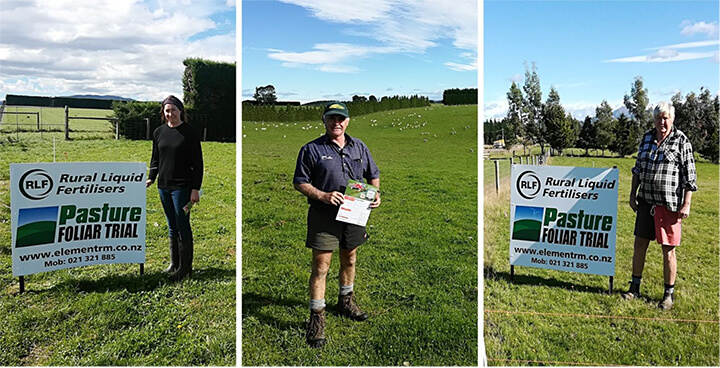 The Products on Show

Pasture Plus delivers 12 essential nutrients contained in a HBS (a High-analysis Broad-spectrum Solution), and these essential nutrients are formulated specifically for animal carrying pastures. Pasture Plus is an Ultra Foliar fertiliser with RLF’s NDS (Nutrient Delivery System). This increases the efficiency of product uptake through the leaf and transfer in the plant and cells.

Pasture Plus can provide greater plant protection, more growth and improved yields with soil and nutrient variability and
deficiencies addressed.

The Benefits of Quality Pasture are: 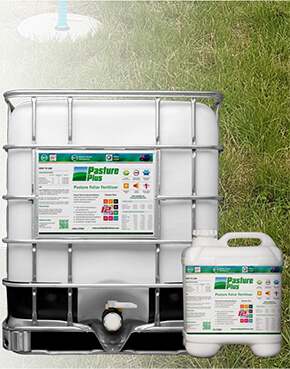 Power N39 is a high concentration source of liquid nitrogen specifically designed for safe foliar application and injection and is flexible and easy to use. Power N39 can be applied in targeted applications to meet crop demands at any growth stage. By being able to split applications throughout the growing season, growers can better manage crop risk. Power N39 is an efficient method of supplying nitrogen.
Power N39 products can be applied via irrigation or boomspray systems with flat fan or streaming nozzles, foliar sprayed, injected into the soil or sprayed on to the soil. Power N39 is ideal for little and often, or split applications to closely match crop nitrogen requirements and can be metered precisely for variable rates. 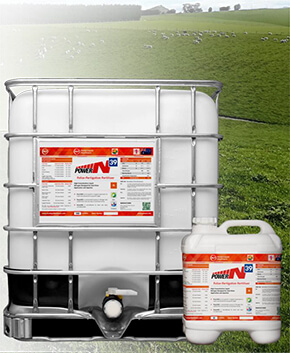 The Importance of Potassium Potassium contributes to soil fertility by maintaining favourable soil pH. This in turn, is ess...
More Info
Unidip