UAV Spraying with Broadacre Plus Ultra Foliar Contributes to Goal
There is a plan to increase the production of potatoes so that they can be more readily incorporated into the China food supply as a staple food.

The Way of the Future for the Potato Harvest

There is a plan to increase the production of potatoes so that it can be more readily incorporated into the China food supply as a staple food.

The plan is to lift this tuber crop from its current non-staple food status, to that of being the fourth most important staple food by 2020. Potatoes are increasingly used for steamed breads, noodles and as a general purpose flour product. And key to the plan is an increase in both production and quality of the crop. 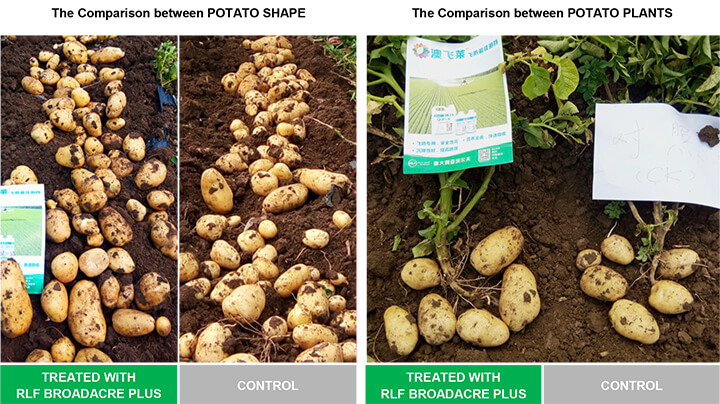 A random sampling method was adopted for this experiment.

The data and calculations for the Test Trial are as follows (the unit measurement is kg):

Comment : The measurement results show, that compared to the control field, the average yield per Mu of the RLF trial field is 985 kilograms higher and the net income is higher by 1029 yuan (AU$192).

The effect on production and income increase is very significant. In addition to these simple calculations is the increased quality of the potato crop and the growers were happy to say that the potatoes treated with RLF Broadacre Plus Ultra Foliar achieved a very good price.

In order to verify the results of Broadacre Plus Ultra Foliar on the potatoes, the Director of RLF’s Market Development, Qiu Mengbin, conducted several agricultural airplane control tests (aerial spraying with UAV) on 6 Mu (1 acre) of potato fields in Changyi City, Shandong Province from the beginning of
May 2017.

A six rotor plant protection unmanned aerial vehicle (UAV) with a load capacity of 10 litres was chosen to deliver the foliar spray. The application rate was 1.5 litres per Mu at 30 times dilution. The flying height was 1.5m, and the flight speed set at between 3m – 4m per second. 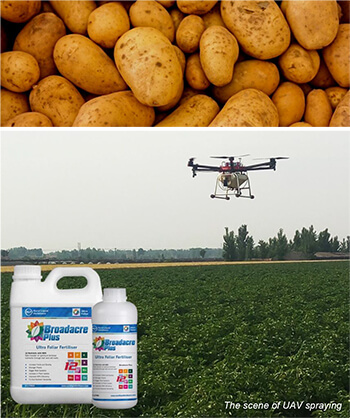 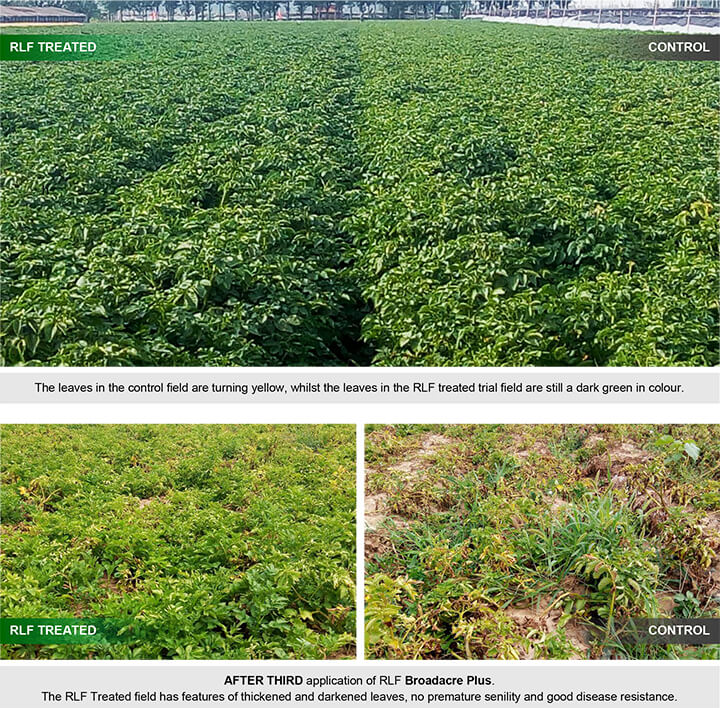 To summarise, the potatoes treated with RLF Broadacre Plus Ultra Foliar demonstrated much more vigorous growth. In addition, other outstanding characteristics were :
the flowers appeared up to three days earlier
the leaves were thicker and a darker green colour
the disease resistance was better, with much reduced rate of late blight detected (measured at 7-8%)

In contrast, the control field showed weaker general growth. Leaves were thin and yellowish and showed signs of premature aging. The diseased plant rate of late blight was measured at more than 15%.

They are taken up by the leaf through the cell walls for the plant’s immediate use, and is in a High-analysis Broad-spectrum solution. It is suitable for a wide variety of crops and has been specially manufactured and packaged as a very beneficial crop nutrition product for use in aerial spraying.

Broadacre Plus Ultra Foliar has many features and delivers many benefits. They include: 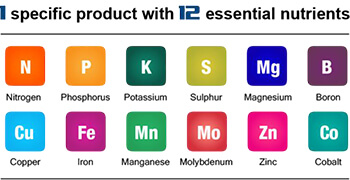 Compared with wheat, corn and rice, the flour produced from potato has a longer storage time and can be stored for more than 15 years at normal temperature. Many experts believe that with the rapid growth of the world’s population, potatoes can play an important role in ensuring future food demand is better met.

By sharing the story of these successful application effects of RLF product Broadacre Plus Ultra Foliar on potatoes, the RLF team is once again showing its commitment and dedication to bringing modern fertiliser practices within the reach of all food growers. RLF prides itself on the part that it plays as it works side by side farmers to deliver better on-farm practices, increased farmer profits and healthier foods for the consumer.