Cherry tomato is one of the main economic crops in Tianyang County, Baise City. It is very popular in the marketplace if it has good shape, bright colour and sweet or sour taste. These characteristics drive considerable economic benefits for the grower.

But in the process of planting, the phenomenon of falling flowers and fruits often occurs. This seriously affects the yield. The following showcases a comparative study of RLF products versus Control on cherry tomato, in an effort to improve fruit setting rate by supplementing crop nutrients to achieve increased yield and quality.

The test location was re-visited on 20th November 2018 for inspection of the comparative crops.

A group of branches were taken from the same parts of two plants in either field for comparison. 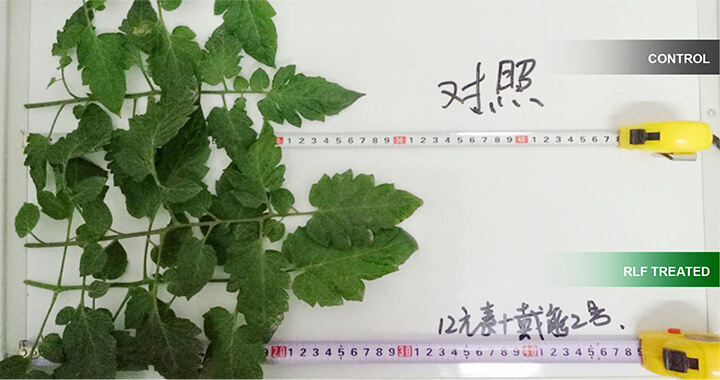 The leaves on the test branches were taken off for greater comparison. It was obvious that the leaves of the RLF-treated group were larger and greater in number, which was conducive to enhanced photosynthesis and the more vigorous growth.

The first batch of fruits with the best growth at the same height were selected for comparison from both crops.

The Control group had 9 cherry fruits, the RLF-treated group had 10 cherry fruits. However, the test fruits had already entered the colour changing period and the maturity stage was advanced, sepals were long and flat and the fruit appearance was good. In the Control group, the inflorescence was short, the fruit was slightly compact after expansion, the fruit size was uneven, and the sepals were highly rolled. The picture image that follows shows the differences.

The results showed that after being treated with the two RLF products nominated (Broadacre Plus with 12 balanced nutrients and Dynamo High-P), the growth of the cherry tomato was obviously increased. Stems were strong, leaves were thick, green and large, flower spikes were long and the fruit setting rate was high with 10-12 fruits on average. In addition, the fruits were large and the sepals were long and straight.

The farmer, Mr Luo, also said “that the comparison effects were obvious after two times application”, and that “he was optimistic about the late yield of this land”. 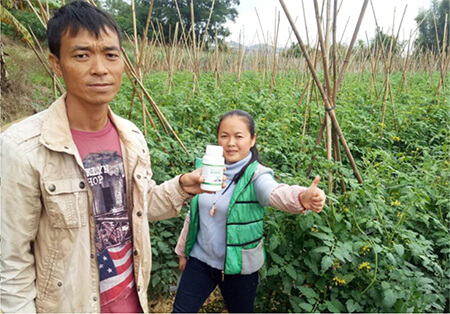 The farmers showing satisfaction with the results of RLF products 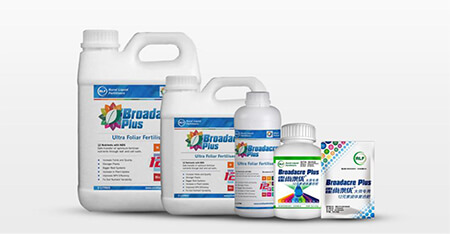 The phosphorus content in this product is ≥320g/L. It can achieve the purpose of promoting new roots, activates old roots with the creation of stronger root groups. It improve the absorption efficiency of roots on nutrients, promotes flower bud differentiation, increases fruit setting rate, improves the stress resistance of crops and make crops better! 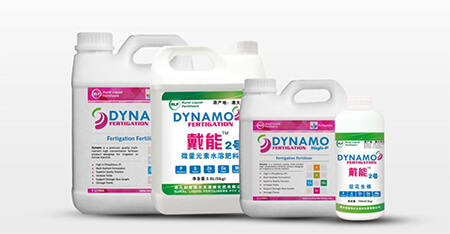 Root Boost is the category given to describe the RLF products designed to focus on plant early vigor and root development. ...
More Info
BSN Ultra