How Technology is Playing an Important Role in Identifying Nutrient Need

This was conducted during January and February 2018. The technology used to create the detailed mapping images in this article is called Normalised Difference Vegetation Index (or NDVI). The images were created using a fixed wing drone flying at 400 feet. 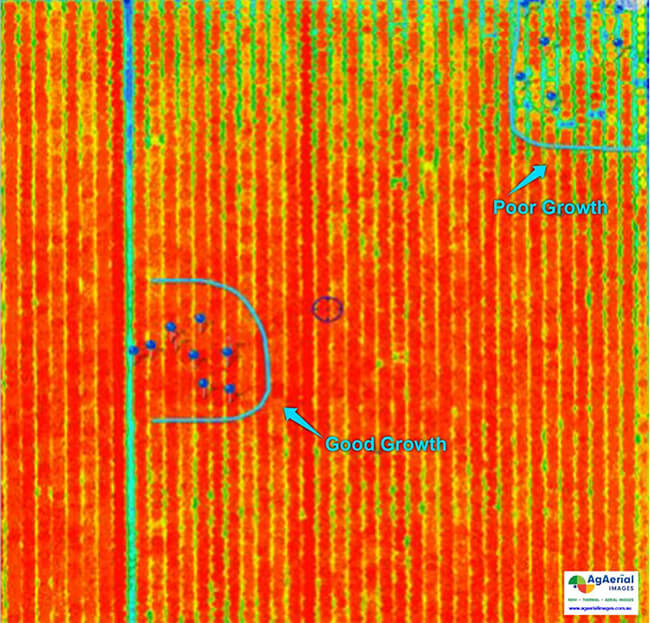 Richard Stone conducted a ground truthing investigation to establish the cause of the poor growth as indicated by the NDVI
map above.

By visiting the varied colour and NDVI indices’s values reasons for poor growth can be established.

What is Ground Truthing?

The Ground Truthing Summary for
the Almond Trees

The almond trees located in the poor growth area as demonstrated in the aerial image showed much less vigour and nut development than those in the good growth area.

The soil test results taken from the poorly performing area showed elevated sodium levels in the soil, as well as elevated levels of nitrate, phosphorous and sulphur. This indicates that the trees in this poor area, (due to the excessive sodium levels) were not performing as well as the good growth areas because they were not extracting the nitrogen, phosphorus and sulphur from the soil. Leaf tissue analysis further confirmed that the poor growth trees had four times less nitrate in the leaves than those of good performing growth. 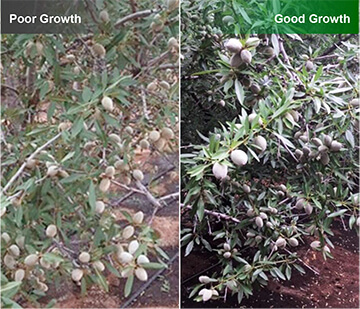 Soil tests taken from both the good and the poor performance growth areas are as follows:

Richard Stone provided a more detailed summary of the almond crop as follows:

Information was then sought from Dr Hooshang Nassery, RLF’s Plant Physiologist and Head of Technical about the crop nutrition program, water and wetter rates for helicopter application. His response and recommended fertiliser program are as follows: 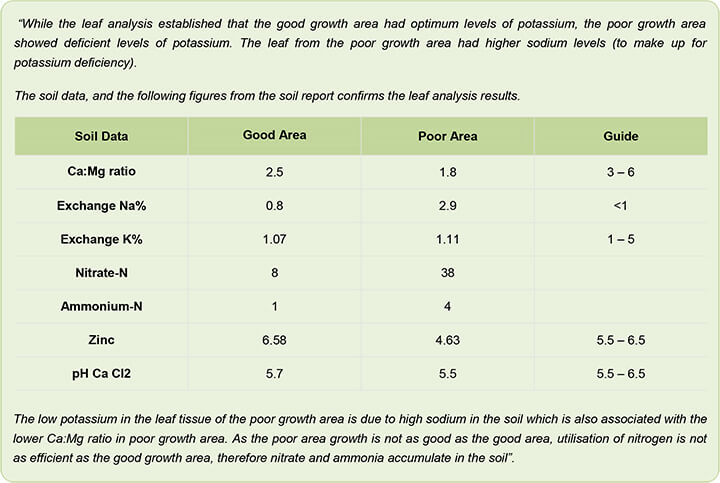 Use AcetaK potassium or KC30 as fertigation to poor growth area to increase soil-available potassium.

The zinc level is adequate in both the good and poor growth areas, however it is advisable to use 5L of Plasma Power per hectare as foliar across the entire grove to improve trace element levels. This will also assist with available phosphate during
nut growth.

Broad-Spectrum Seed Priming With ten nutrients Interceptor XS is the most versatile of Seed Priming products. It can be use...
More Info
Dynamo – High P