The BETTER CROP project is an integrated crop fertiliser plan devised by the RLF Technical Group based on hundreds of trials and experiments conducted on a variety of crops in China. Its aim is to help farmers from seed to yield – a complete fertiliser
management approach. 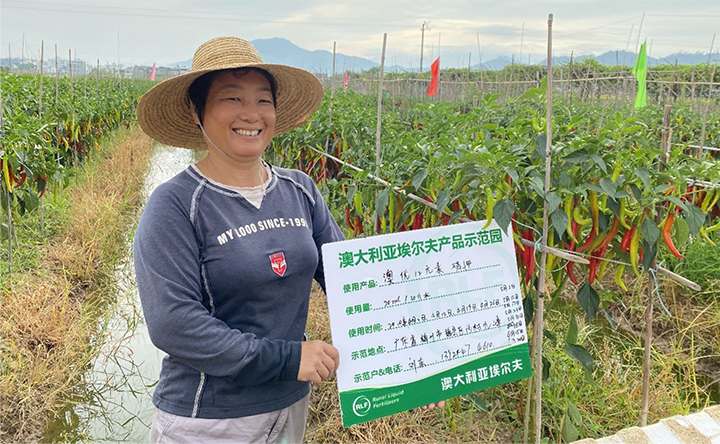 In Meizhou City, Guangdong Province an evaluation site was followed. It was guided by RLF Technical Team, and assisted grower Mr Liu who had attended the ‘Better Pepper Demo’ project in early 2020.

His story is as follows…

In mid-May, the RLF Technical Team observed that the fruit setting rate in the demonstration area was significantly higher than that of the Control area.

The reason is that Fruits and Veggies Plus contains a variety of the secondary and trace elements needed by the peppers, which can promote flower bud differentiation and improve the fruit setting rate.

The peppers in the demonstration area are equal size, same colour and easy to pick.

There was no significant difference in leaves at the early stage.

But one month later, leaves in the Control area lost their greenness and nutrient deficiency was clearly observed. This proved that the Control area could not be supplemented by the secondary and trace elements it needed.

Leaves in the RLF-treated demonstration area however were still bright green and full of pigment, which can prolong the harvest period and guarantee the yield and quality in the later period. 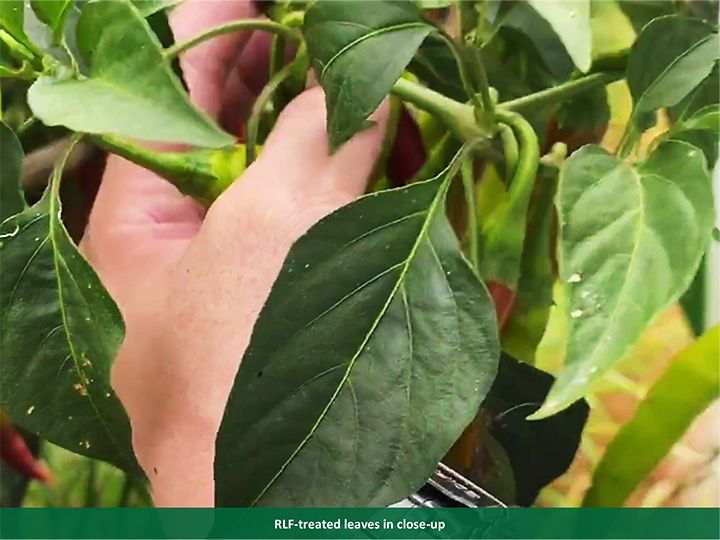 On 27th June 2020 the demonstration result was unveiled in front of the neighbouring farmers, retailers and the RLF team. Mr Liu was quite satisfied when the crop yield in his demonstration site reached 568.5kg per mu. While in the Control area it was 514.5 kg
per mu.

The yield difference is over 54kg per mu.

At the demonstration meeting, Mr Liu also said that due to the impact of the epidemic and decreasing market demand, he did not pick all of his peppers from the RLF-treated demo site. If he had done so, and picked all the peppers available to him at harvest time, the yield difference would have been even greater.

Aside from the potential loss because of his limited picking, the selling price for his crop was 0.6 yuan per kg higher than his neighbours because of the obviously better quality.

As a result, the net income per mu increased by 420 yuan, which aroused the envy of farmers at the site. The quality, yield and selling price of chili pepper are all outstanding.

What the Better Pepper Project Achieved 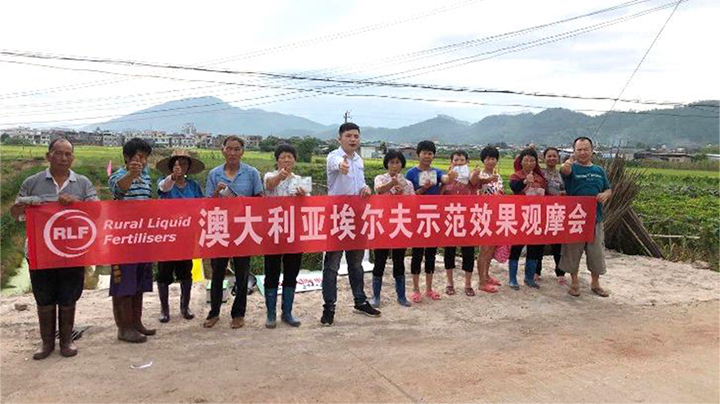