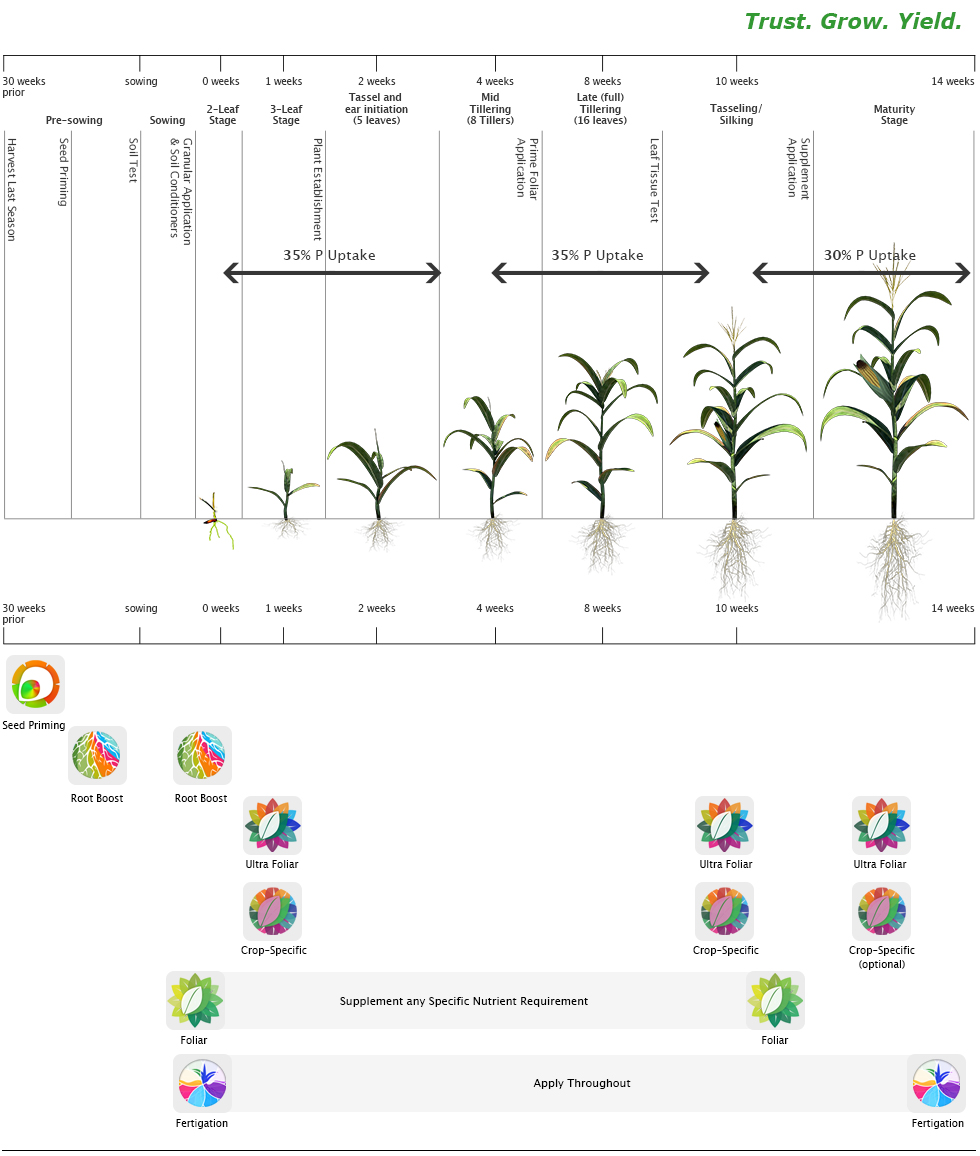 The Importance of Potassium Potassium contributes to soil fertility by maintaining favourable soil pH. This in turn, is ess...
More Info
Field Crop Plus

Solving the Nutrient Deficiency Problem Every crop, and every plant, has a quantitatively different nutrient need. But the ...
More Info
Broadacre Plus